The Story Of AC/DC Finding Their Sound With ‘T.N.T’ 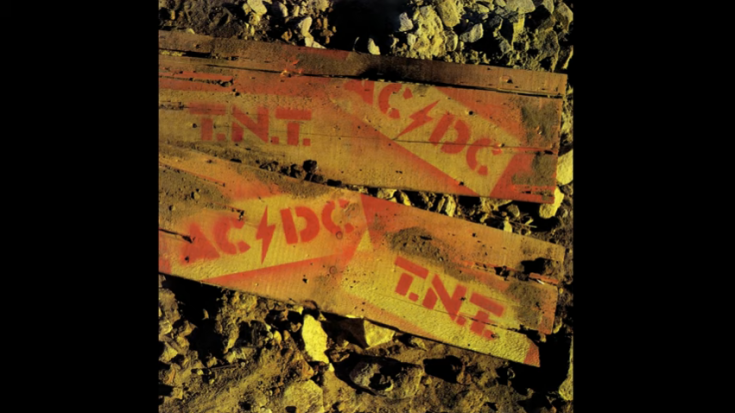 It Was A Pivotal Point

Released in the same year as their debut album, T.N.T. didn’t follow the same formula as its predecessor. Instead, AC/DC steered towards blues-based hard rock.

According to co-producer Harry Vanda, “I suppose there might have been one or two tracks on the first album, a few things that they were experimenting with, which probably later on they wouldn’t have done anymore. So I suppose you could say that T.N.T was the one that really pulled the identity; like, this is AC/DC, there’s no doubt about it, that’s who it’s going to be and that’s how it’s going to stay.”

Bassist Mark Evans recalled their creative process during this period on Clifton Walker’s 1994 book Highway to Hell: The Life and Times of AC/DC Legend Bon Scott: “Malcolm and Angus would come up with riffs and all that, and then we’d go into the studio. Malcolm and George would sit down at the piano and work it out. Malcolm and Angus would have the barest bones of a song, the riff and different bits, and George would hammer it into a tune. Bon would be in and out when the band was recording backing tracks. Once the backing track was done, he would literally be locked in the kitchen there at Alberts, and come out with a finished song.”

It was during this time when Bon Scott learned how to play the bagpipes after producer George Young suggested adding them to “It’s a Long Way to the Top (If You Wanna Rock ‘n’ Roll)” for an extra dynamic to the song.

“T.N.T.” spawned AC/DC’s most enduring and best-known tracks. Most of the material were written by Scott and the Young brothers. Some lyrics were too suggestive though and they had to tone it down for the radio.

Evans said it was a turning point for AC/DC, “We were really honing the classic AC/DC sound. The steady, pounding rhythms; the hard-edged, twin-guitar attack; the in-your-face vocals – it was all right there. It wasn’t anything fancy, but it was honest. It was something everyone could relate to.”

Malcolm Young also shared to Classic Rock magazine, “Live Wire and It’s A Long Way To The Top came together almost immediately in the studio. When we played live in those days, we used to jam a lot on stage because we were so short of original material… Back then we never went into the studio with anything more than a riff. In fact, we thought a riff was a song. We really didn’t know any better.”